Introducing the Community NameScore: A free tool that helps you name your new community in just minutes! 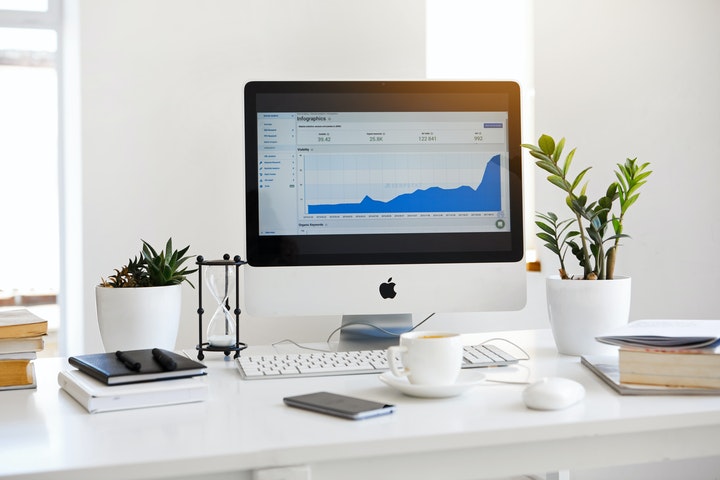 The problem of unexpected or high vacancy is something that clients have asked us to solve for many years. Usually, the interaction has gone like this: We receive a client phone call, and the regional manager on the other end is panicking because their occupancy fell to 91%, below their intended target of 95%. They urgently need to fill their vacant units or else they'll fail to meet their goal and then be accused of doing a poor job.

These crises create dysfunction within the multifamily industry. Rather than accurately diagnosing how the vacancy rate increased, property managers, regional managers, marketing directors, and property owners tend to have varying opinions on how they'd fix the problem. Perhaps the rental rate was too high, or there's not enough money being spent on marketing. Instant reactions like these lead to a spiral of blame that hinders your team's ability to solve the problem together.

Now, what if the regional manager had known weeks in advance that his or her apartment community's vacancy was going to take a drop? They could have made educated decisions about marketing or pricing, and resolved the issue before it had escalated further.

Having control over future vacancy should be the goal of every apartment community. In this blog series, I'll explain the four things you need to gain that control:

The Problem with Common Metrics

Predicting future vacancy isn't rocket science to those within the multifamily industry. Most understand the basic concept of knowing when vacant leased units will be occupied, and when occupied units on notice will become vacant. Unfortunately, none of the common metrics accurately predict this future. There are three common metrics everyone uses to measure their apartment community's success:

This is one of the better metrics that portrays how your community fared in the past. It can be helpful to identify which months see higher amounts of leases versus others.

This metric illustrates that vacant, leased units are in good position because they'll be moved into soon.

This metric counts all units on notice as vacant, which is an improvement over the leased metric because it depicts a more accurate picture of your community's future occupancy.

While each of these metrics offer some valuable insight, they fail to help you predict future vacancies. Occupancy doesn't tell you how many people are about to move out or move in to your community—it only showcases what has transpired historically. Leased is overly optimistic because it doesn't take into consideration occupied units on notice, thus inaccurately inflating your performance. Trending can't discern whether you're going to be facing a vacancy problem in the immediate future because some communities may require notice up to 60 days in advance.

At RentVision, we tasked ourselves with creating one metric that's both truthful in its performance like occupancy AND predicts future vacancy. We wanted a forward-looking occupancy metric that took into account both move-outs and move-ins, while simultaneously measuring the exact timing of when those move-outs occur.

We call it RentVision Occupancy (RVO).

I like the regular occupancy metric because it tells the truth, and that truth impacts your revenue. Unfortunately, it remains only a historical truth, not a predictive truth. So, how did we create RentVision Occupancy to provide a predictive truth? The answer is found in how we consider timing. So, ironically, we first have to tell two lies:

Lie No. 1: We count vacant, leased units as occupied.

If you own a 100-unit community and have 12 vacant units, but 8 of those vacant units will become occupied tomorrow, then it's not smart to be operating as if you're 88% occupied. By counting those vacant, leased units as occupied, you'd have only 4 units available and are at a really healthy occupancy.

Lie No. 2: Occupied units that will be vacant soon are counted as vacant.

Since we're counting vacant, leased units as occupied, we also need to count an equal number of units that are occupied as vacant. We do this by counting soon to be vacant units as vacant, even though they're occupied at the moment.

Over time, these two 'lies' actually become one truth by offsetting each other mathematically.

How do we know when to start counting an occupied unit on notice as vacant? We first calculate the average number of days units rented in the past were vacant between the date of receiving a rental application to the day that a resident starts their lease. The timing of every move-in differs for each community, but each community has an average count of days.

(Okay, now a bit of a caveat here. Determining that average is fairly technical, and I'm about to go into a lengthy breakdown of how exactly we achieve the RVO number. If you're truly intrigued by how we can help you predict future vacancy, keep reading. Otherwise, now is a good place to scroll down and finish with the conclusion.)

Take a look back at the data for the last 10 units that were rented. Add up the number of days from application to lease commencement and then divide it by the total number of units you're working with (10). If you get a decimal point, round up to the nearest whole number.

Here is an example of 10 prior move-ins:

We know that we will, on average, count a unit as occupied for the average period of 21 days while it's vacant. This occurs between the day you received that rental application to the day the lease starts. So during that time, it's best for management purposes to count the unit as occupied because you don't need to market or lease that unit anymore. (Nor can you change the rental price.)

But the units that are actually vacating soon do require your attention. You need to be prepared with how you're going to market them, what your price will be, and how your leasing process will go. By counting those occupied units as vacant in that 21 day time span, we offset the 21 days of counting leased, vacant units as occupied.

This equal offset means that RentVision Occupancy (RVO) will never be the same as your occupancy metric at any moment in time. However, over a longer period of time, your average RVO number will equal your average occupancy number.

For example, the regular occupancy metric may say your community is at 96% capacity, but the RVO number would show that you're actually at 88%. This is why it's predictive! The RVO number alerts your team in advance that you have a number of vacancies coming very soon. Now you have one number to help you make sound marketing and/or leasing changes, averting a crisis before it ever has a chance to escalate.

To be able to quickly diagnose the future health of your community with one predictive metric is a complete game changer. When there is a low RVO number, you know that your future occupancy is going to take a hit. When you can see that coming, you can be proactive instead of reactive. You possess the knowledge to be able to make rational marketing and pricing decisions that give your community the best opportunity to fix the problem ahead of time.

The next step is determining whether your RVO metric is actually a problem. When you're in the middle of your busiest leasing season, you would expect to have a lower RVO number when you consider the number of those moving out. At the same time, you may have a higher RVO during your slower season when you don't have the demand to fill units. In next week's blog post, we'll explore this more and explain another metric we've created called Target RentVision Occupancy (Target RVO).

Unlock your cost per minute with our free Google Data Studio report.