What's the Best Time to Post Apartment Ads on Craigslist? 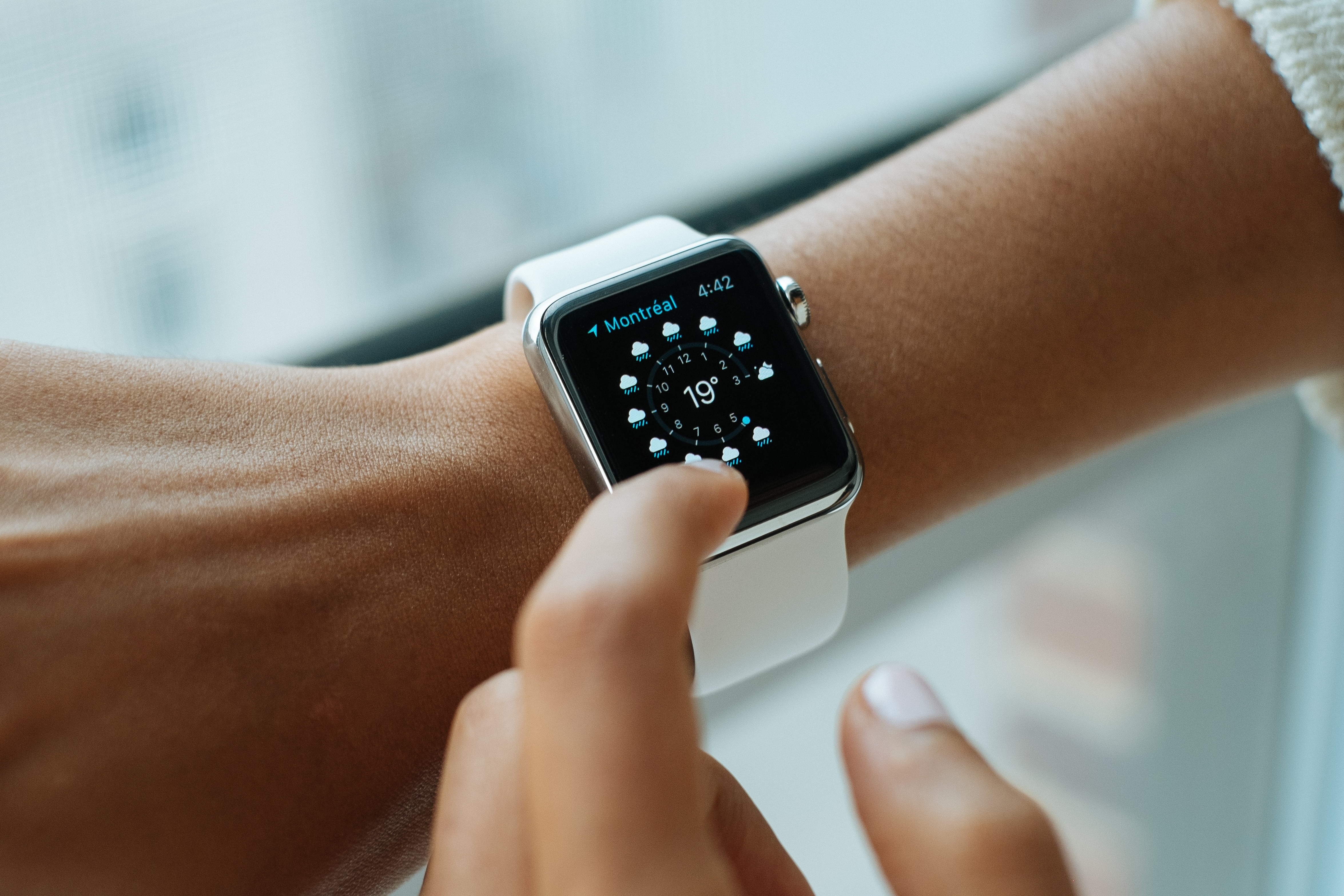 Craigslist is obviously an incredibly powerful marketing tool for every multifamily marketer, although it is not as popular as it once was. That said, it can be difficult to assess the results a single community.

When that happens, it's natural enough for the community to ask if they are doing something wrong or if there's anything else they can do to help boost their performance. One classic problem is if there is a best time to post apartment ads on Craigslist. Finding data on that can be difficult, but with a bit of work in Google Analytics (we'll share how we did it in a subsequent post) we were able to isolate traffic to community sites coming from Craigslist on an hourly basis.

We did a study on 31 community or management company websites looking at three months worth of Craigslist traffic data to their websites. The websites we selected were for everything from a 75 unit community to a 2500 unit portfolio and included everything in between as well.

NOTE: We are not looking at actual traffic on Craigslist's website. Craigslist does not share any of that data. What we're looking at is traffic data to community or company websites that we were able to trace back to Craigslist through Google Analytics. Here is what we found:

Afternoon hours were generally the best time to post. We found that 8% of all the traffic we observed from Craigslist came from the 3pm to 4pm hour. Also, 44% of all traffic came between 11am and 6pm. The best individual hours after 3pm to 4pm were 11am to noon, noon to 1pm, 2pm to 3pm, and 4pm to 5pm. There was a significant dip of about 25% between 1pm and 2pm.

At night, the hours of 7pm to 10pm were the most successful, with the high point coming between 9pm and 10pm, which generated 7% of all observed traffic.

Another interesting thing we learned is that mornings—even late morning hours like 9am or 10am—are not a great time to post. The 9am hour only generated 3% of all visits. In fact, the 11pm to midnight hour generated more visits than the 9am to 10am hour. 10am to 11am was slightly more successful, generating 5% of all visits. Even there, though, it's the 2nd least successful hour between 10am and 11pm. (Only 11pm to midnight generated fewer visits than 10am to 11am.)

FREE TOOL: USE THE RENTVISION SITESCORE TOOL TO ASSESS YOUR COMMUNITY WEBSITE

For the most part, traffic patterns from one day to the next were fairly consistent. If an hour did well on Wednesday, it tended to also do well on Friday. There was one notable exception: Mondays compared to Tuesdays.

So what seems to be happening is that people are slower getting up Monday morning; they probably have stuff at work they have to do first thing, and so on. So it's early afternoon before they're ready to do things like search on Craigslist. Tuesday morning, in contrast, they're more caught up on work and more able to start in on Craigslist fairly early in the day.

A few things surprised us from this data.

There are a few things that surprised us in looking at this traffic. The first is that some of the common ideas in the industry about Craigslist turned out to be wrong, according to the data. We see a lot of communities that post first thing in the morning, presumably when the leasing agent, marketing director, or property manager (whoever handles Craigslist posting) first comes into the office. But as the data demonstrates, posting any time before 11am is a really bad idea because hardly anyone is on Craigslist--or at least hardly any traffic is coming from Craigslist--during those hours. In fact, the data says that you're better off posting at 11pm than 9am.

The first window is right when people get back from lunch and it would appear that they are focusing mostly on work tasks during that time and aren't doing anything with Craigslist then. 5pm to 6pm, meanwhile is the rush hour window so people aren't doing much on Craigslist at that time either.

Don't post on the weekend—or at least don't expect much if you do.

Another point is that weekends are actually a terrible time to post. Traffic drops 50% on the weekends when compared to the best day of the week, Monday. We've heard people say that posting on the weekend is a good idea because that's when people have the time to search for apartments on Craigslist. But the data we gathered seems to indicate that people do most of their searching during the week, particularly on Monday and Tuesday.

2pm to 5pm are a great time to post. Those three hours alone account for around 20% of all Craigslist-generated traffic. But take a break at 5pm because traffic drops by about 30% from 5pm to 6pm before beginning to revive at 6pm and then really jumping at 7pm.

This was the other big discovery: Traffic spikes again between 8pm and 10pm, with the 9pm to 10pm hour hitting the same level as traffic between 2pm and 5pm.

The Data (If You're Curious)

In the table below, we show the percentage of traffic by hour for each day of the week. For ease of use, we have made the best-performing hours red. Note that we are using a military time format for the spreadsheet, so 13 equals 1pm to 2pm, 16 equals 4pm to 5pm, and so on. (0 equals midnight to 1am.) 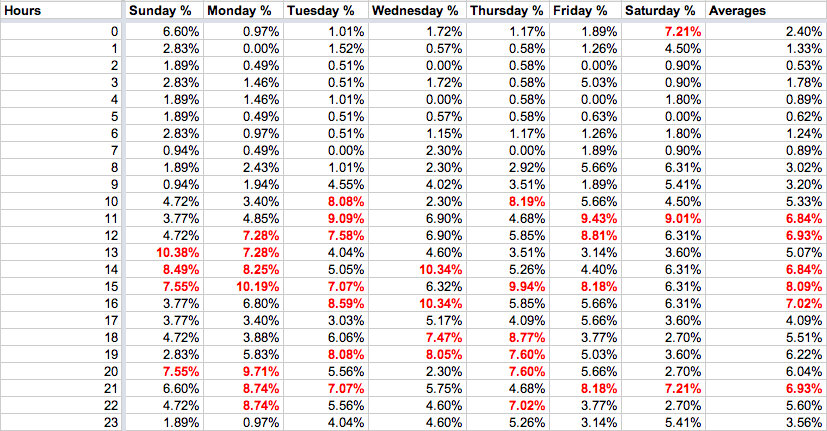