Hi everyone. Welcome to the third edition of RentVision's Live Case Study. Today is Wednesday, August 22, and I am excited to give this update because we've had two fantastic weeks. Two weeks ago we rented eight units. That's an all time record for a single week. Last week we rented four units. That's 12 units in two weeks. Remember this property only has 201 units. So what we really experienced in the last two weeks is this problem being completely avoided.

We anticipated a possible problem. We dynamically changed ad spend to drive more traffic to the website. This is a simple but revolutionary concept. Most people think you have to drive a six or 12 month contract with a company to drive more traffic. The nice thing with Google Ads, Facebook Marketing, and some of these campaigns is you can increase demand when vacancy increases. When vacancy decreases, you can decrease your demand, saving you money. You really should only have to spend money on traffic generation when you need traffic. When you don't need traffic, don't spend money on traffic generation. Dynamic marketing is a very simple concept but not very well embraced by the industry. 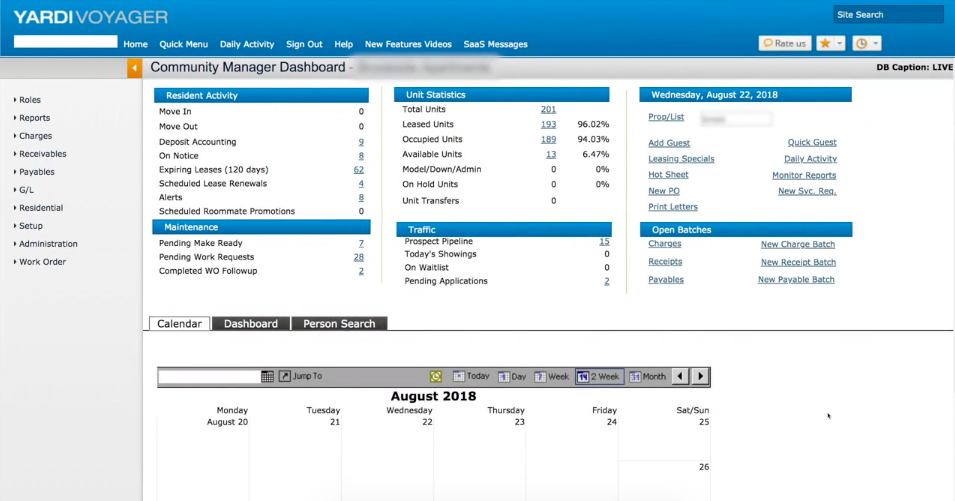 This particular property, as we look at our accounting dashboard, has a leased percentage at 96%, occupied percentage is at 94, available units is about 6.5%. There were a few more notices that came in for people moving out in September over the last couple weeks.

As we look at this particular property, our problem has been avoided. To hit true optimum revenue we'd like to see the lease percentage creep up a couple more points as well as really topping off that occupancy in light of the slow seasonality coming up. Obviously we'd like occupancy to run higher than 94% and it will as soon as these leased units move in.

We have probably another month of push here. But we're well ahead of schedule. We're at a point that I didn't think we'd reach until September. Dynamic marketing has been really effective for this particular client. 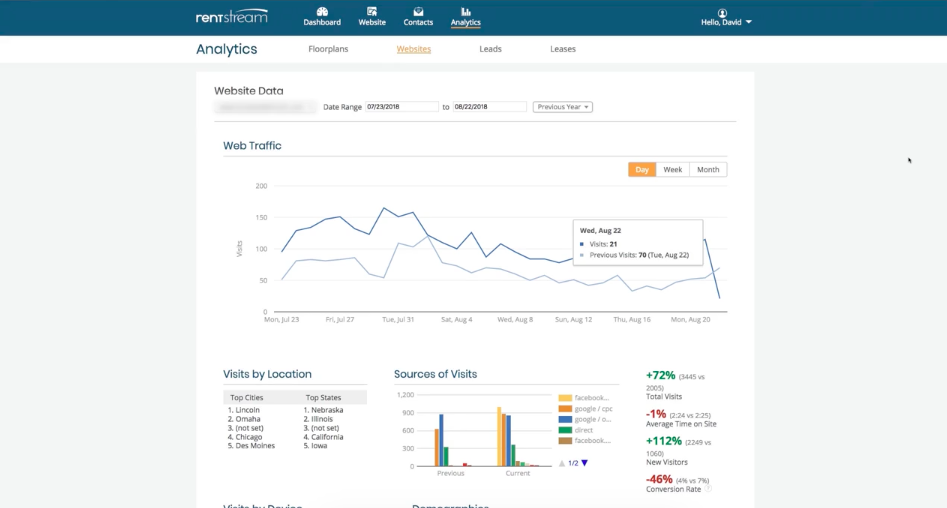 Time on site is basically the same. New visitors is up 112%. That's indicative of the marketing campaigns we're running that are driving new visitors to the property. Finally, the conversion rate is down 46%. Now, that appears to be a very bad statistic. Our initial thought was to see if the pay-per-click campaigns are converting at a much lower rate than normal organic traffic. While those campaigns are converting at a slightly lower rate, that's not the reason for the decline. The reason we know that is that we looked at our traffic for the prior month before those extra ad campaigns began. During that time, our conversion rate was down 29% over the same period a year before. So our conversion rate hasn't been affected by the increased advertising spend. In fact, it's slightly up over the past two weeks.

The main reason conversion rates are down at this property is that they are aggressively raising rental rates. This is going to work out nicely for their financials, but that does affect conversion rate and may explain why we are getting more notices from residents.

We are hoping to give you more live case study updates in the coming weeks. After October we want to see what revenue has done at this property. I'm anticipating record revenue numbers as a result of this great occupancy, rising rental rates, and everything else. In fact, this has worked so well for this client that we have increased traffic at another property with the same ownership group. That property's vacancy rate is only 1-2% worse than they'd like, but they are seeing the value of using ad spend to solve that problem.

Thank you for joining us again to learn about the power of dynamic ad spend and transparent data. We hope to see you again soon!